Where do you think you’d go if you didn’t have access to a toilet? Would you dig a hole? Would you go in a lake? Would you hide in the bushes?

Whatever your answer, it’s not pretty and it’s certainly not hygienic.

The vast majority of us in Australia might not realise it, but we’re lucky that we never have to contemplate these options. Having access to a toilet is something we take for granted. Here at WaterAid, we believe a toilet is something everyone should take for granted – at home, school, work and in public places. It is a basic human right that protects people from dangerous diseases.

A key reason why this number remains so high is that governments seldom want to talk about toilets. They might be a life saver, but talking about toilets isn’t sexy. By supporting Learn on the Loo, you are not only making a contribution to overcoming the global sanitation crisis, but you are beginning a very important conversation.

For many people who don’t have access to a toilet, their only option is open defecation. As you can probably imagine, there are many problems with doing a number one or two out in the open. For starters, it’s embarrassing and makes people – particularly women – vulnerable to harassment or attack. It’s also a major health risk; human waste can affect water sources, while flies that land on faeces are also likely to make contact with food and human skin. This can cause health problems such as diarrhoea. While it’s not uncommon for those of us in Australia to get a nasty case of diarrhoea every once in a while, it’s much easier for us to treat it by rehydrating or getting access to medical care.

But imagine you’re a young mother living in a rural village in Papua New Guinea, whose child has just had their first bout of diarrhoea, which they contracted from eating and drinking contaminated food. With the child feeling dehydrated, you’d have no choice but to give them plenty of water. But given how poor the water and sanitation facilities are in your area, you can only give them more dirty food and water. The problem thus becomes cyclical, the child becoming sick over and over again.

Situations like this mean that almost 800 children die every day because of diarrhoea. That’s one child every two minutes. That shouldn’t be normal.

The good news is that 88% of all child deaths from diarrhoeal diseases are able to be prevented through basic improvements in water, sanitation and hygiene. This is where WaterAid comes in.

WaterAid and our local partners are determined to bring clean water, decent toilets and good hygiene to everyone, everywhere by 2030. We know that with these essentials people can transform their lives, no matter how small, remote or excluded their community.

There’s more to this than simply putting a clean water source or a decent toilet into a community. We’re always looking for long-term solutions that allow us to leave communities self-sustainable. It’s important to us that people in marginalised and vulnerable communities have both the will and the knowledge to keep their toilet facilities in a good condition.

Here are a few ways that WaterAid and our local partners help more people gain access to toilets:

Here are some more success stories relating to the work WaterAid does with toilets: 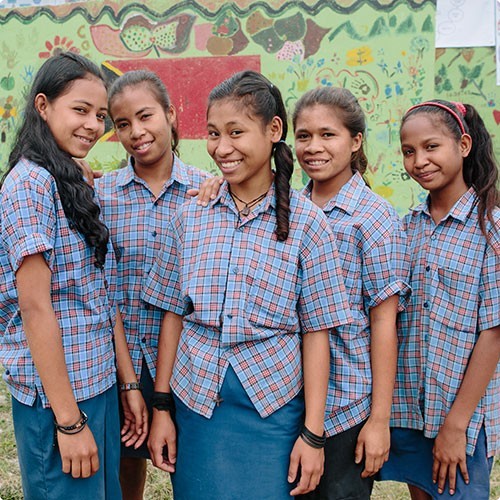 Through Learn on the Loo, we’re asking participants to choose how many ‘toilets worth’ they’d like to raise for WaterAid. We’ve calculated one ‘toilets worth’ as $40, which is what it can cost to provide a family with the training and support to build their own toilet. This isn’t the only thing we’ll be using the money for, but it’s a helpful example for you to see how even a small donation can make a significant difference for people living without access to toilets.